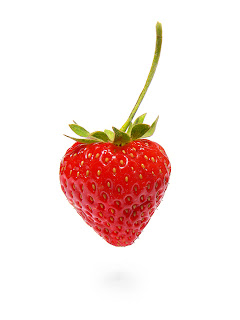 The other night, after I received bad news--the kind of news that confirms to your weakest self that the thing you really badly wanted to be good at you aren't, or at least you aren't good enough, which amounts to the same thing; the kind of news that comes on the heels of other events also seeming to confirm this basic unworthiness about you; the kind of news that worms its way into the weak heart of you and makes you feel stupid for even hoping that you might be good enough for something wonderful to happen (and I know the specific kind of news that does this to each of us is different, depending on our own circumstances, and that what exposes my rottenest core wouldn't be so huge to you, and vice versa)--after I received this news, the miraculous happened and I actually took my own advice to take a walk.

I snuck into the garage with my socks and sneakers and sat on the steps to put them on, because walking with my three not-very-bright aging spaniels is more about picking up poop in plastic bags using a flashlight and trying vainly to untangle leashes than about mindfulness and equanimity. And then I half-slid down my steep driveway and turned onto the sidewalk, blindly trying to think about nothing while the various parts of my mind shouted or whispered or screamed in a conversation that went something like this:

Part A: You should change everything about yourself, and then you'll get what you want.
Part B: Someone else will be happy because of this; someone else will feel blessed. That's a good thing.
Part C: FUCKTHEWHOLETOADSUCKINGSHITBAGOFAWORLD
Part D: I want my mommy.
Part E: Stop being such a baby.
Part F: Give up.
Part G: If you let anyone else know how how upset you are, it will make them sad. So just shut up.

I could go on. Every letter of the alphabet had something to say. But you know how those old tracks go.

And then--the neighbor's orange cat saw me and came running over to me. He's a very friendly cat (and I call him a "he" though I don't know the cat's real gender because I love him, and even a possibly inaccurate "him" is more of an endearment than an accurate "it") so he immediately twined around my legs, and I, of course, squatted down to pat him.

He rubbed his head against my hand and I patted his back, feeling his fur soft and still thick from winter under my fingers. Usually when I see him, I pat him until my knees start to hurt and then stand up. But that night, I couldn't stop. I patted him obsessively. I spoke to him the way I do to animals, saying hey-pretty-one and aren't-you-a-sweetie and who's-a-pretty-kitty in low, soothing tones. My knees ached and my thighs hurt and I didn't want to stop, so I just sat down on the sidewalk in front of my neighbor's house. It was after 10pm, and no one was around, or looking out the windows. Though I didn't care. I patted that cat like he was a life raft. He pushed his head against my stomach, rubbed his cheek on the edge of my sneaker. He purred and purred.

Finally I stood up and told him I had to go for my walk, and he should go home. But he didn't. He followed me, walking with me like a dog. I took about 20 steps and he didn't stop. I bent down and picked him up, and he pushed his soft head against my chin and cheeks; he held my face with his paws and pressed his nose to mine. I smelled that he was an outside cat, but I could feel that he was fed well. He was not desperate, a creature I had to worry about; he just wanted to be patted.

Eventually I put him down, and eventually he stopped following me, turning back towards his own house. And I went on the rest of the walk, knowing I had been given a gift: my need and his matched up at just the right time, each of us getting something we craved from an undemanding stranger.

The conversation in my head didn't stop. I wish I could say it did, that this encounter was so magical it knocked me out of my pitiful self.

Here's the thing: it was still magical. It was still a gift. It didn't solve anything or fix anything, but I was grateful anyway. The good and the bad aren't about balancing each other out, any more than a strawberry balances out a flat tire.

It's just: there is the strawberry. There was the cat. As Raymond Carver would say, it was a small, good thing.